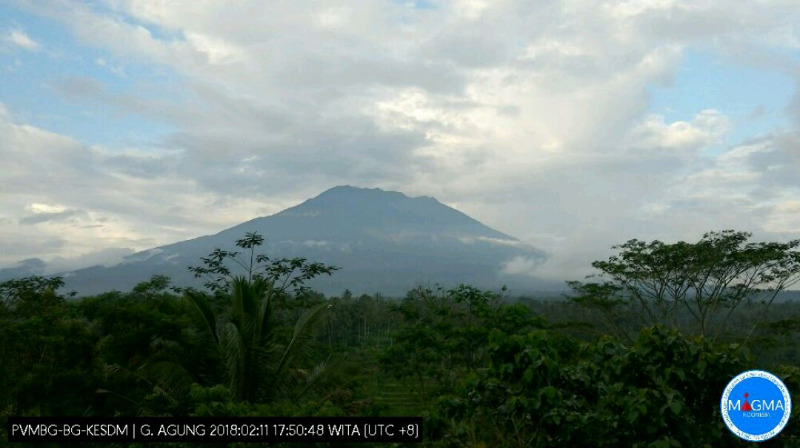 The following are our evaluation points on Mount Agung latest activities as of February 10, 2018.